On February 13th I’m going to run a marathon.

In my little world of competitive, elite distance running, this marathon is more than a race. This race is more than a marathon. Getting to the starting line is an end in and of itself. For those who get to run it, this race is a culmination of dreams, and a validation of time well spent and efforts rightly directed. For those who try and fall short of qualifying, this race can call in to question fundamental identities and worthiness.

So this is how it works.

You can qualify in both the marathon and half marathon, and with either an “A” or a “B” standard.

Coming to terms with the reality that I had fallen short of my goal of the past four years, only to later learn that I was in fact, “good enough” to be on the starting line of the Olympic Trials, brought into stark relief the fickleness and complexity of this, my chosen and beloved pursuit. That acute oscillation between loss, doubt and sadness – and joy, affirmation and hope, made it all seem more fragile and silly and valuable.

That’s me on the far left, at the start of the 2012 Olympic Marathon Trials in Houston, Texas. I’m somewhat – no, very – embarrassed that I ended up at the front of this starting line. I was nervous. I was naive. I finished way behind all the women standing around me.

Running is, and means more to me than I can adequately express here in this post. I started running competitively at the age of 12 and from the very beginning the routine, demands and joys of this sport became deeply entwined with my sense of self and understanding of the world. Running has given me identity and purpose. It’s been the source of some of my most personal joys and jagged failures. Many of my best and enduring friendships have come as a result of running.

I can’t really convey what running, and more specifically, competing in the Olympic Trials means to me. It’s too fundamental and raw and precious. There will be time and more space in the future to offer glimpses and give you insights into my running life. For now, I’ll just say that running is an important part of who I am, and I’m excited to race on February 13th.

Despite what many well-meaning coworkers and strangers have argued, I’m not going to qualify for the Olympics. I’d have to finish among the top three women in the race to do that, and apart from an outbreak of food-borne illness, a natural disaster or a supernatural intervention, that’s just not going to happen. But that’s not really the point. Getting there – and the process of getting there – has been the goal all along. 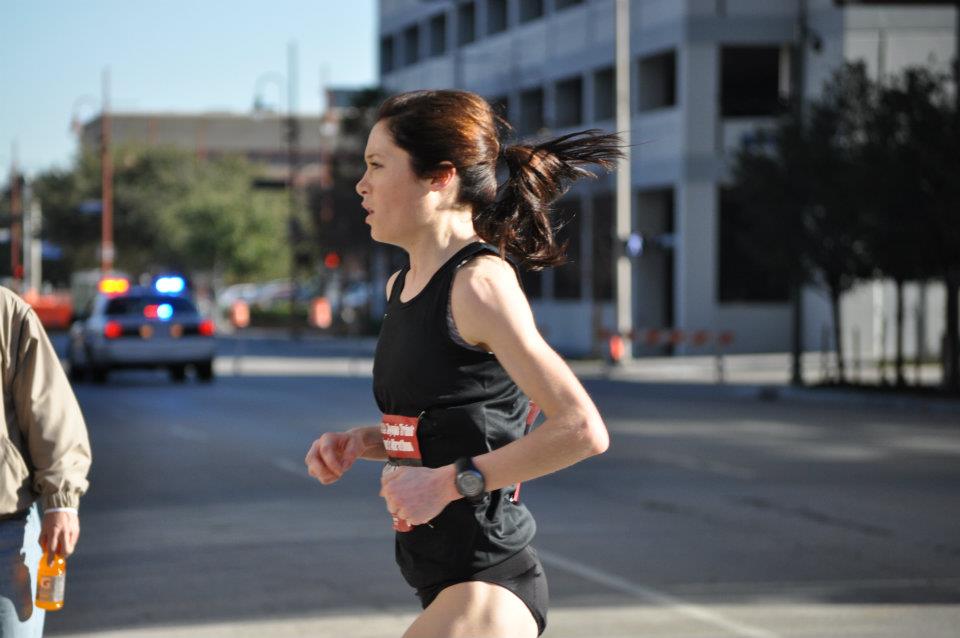