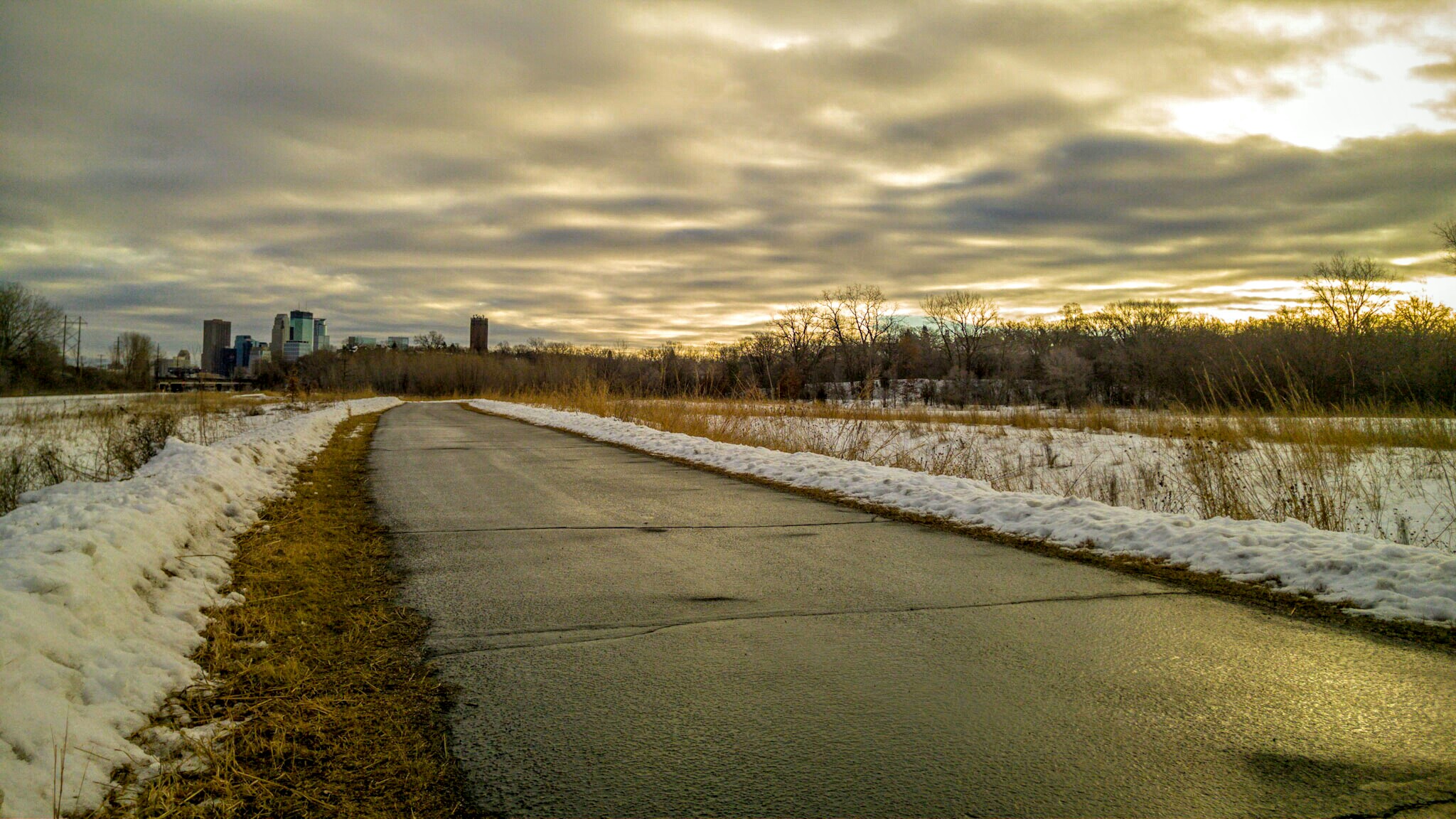 The U.S. Olympic Marathon Trials are less than a week away.  It’s officially taper time. The miles have been run, the workouts completed. All I can do now is get myself to the starting line healthy, trust that the “hay is in the barn” and hope the marathon gods look favorably upon me.

My training cycle leading up to the Trials has been a bit unconventional. For reasons you may recall, my build-up for this race was shortened – reduced to eight weeks from my usual twelve week marathon cycle. Most elite marathoners race one or two marathons per year, spacing out these colossal, body-wrecking efforts to prevent injury and fatigue.  I ran a marathon nine weeks ago. 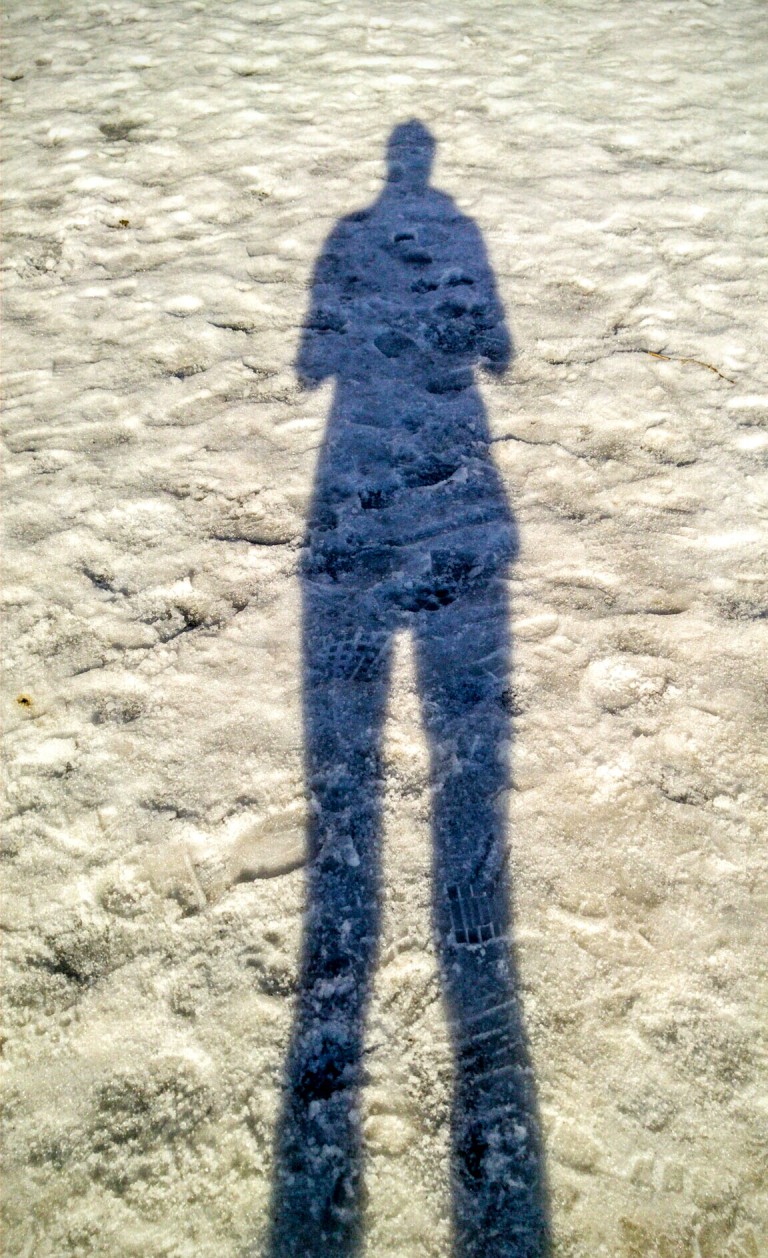 After running California International Marathon in early December, I took a full week off of running. When I started back up, my legs were jello-y and dumb. It’s funny – and frustrating – how a marathon effort and some extended rest can leave you feeling like you’ve never run before. But after a couple weeks of consistent mileage and a few light workouts, my legs started to gain life and I acquired some confidence, and hope.

My coach and I agreed that I needed to be cautious. Injury is a sure outcome of doing too much too soon. My emotional brain was saying, OMG YOU ARE RUNNING THE OLYMPIC TRIALS IN 6 WEEKS. DO ALL THE MILEAGE!!! But my more rational mind knew I should be kind to my body and trust that its large stockpile of mileage from the past few years would carry me through, and get me to where I wanted to be.

Most weeks I ran 70-80 miles. In a “typical” marathon buildup I run 80-90 miles per week. Most weeks I did two workouts and a long run. I lifted weights once a week and did core and glute exercises 2-3 times per week. I got a few massages, saw my chiropractor and spent lots of time watching Netflix – i.e. “resting.”

The challenges and hiccups of this training cycle were many. To begin, there was the weather: 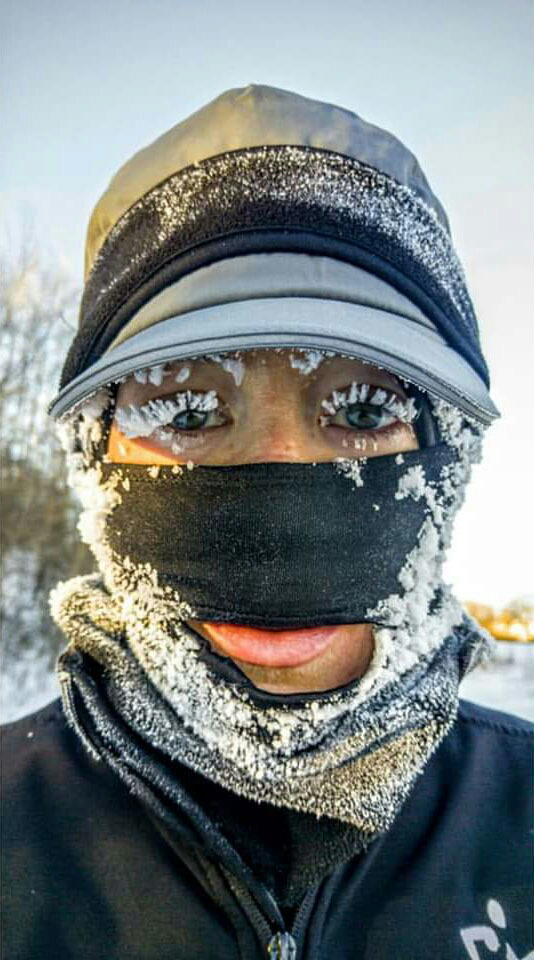 The average temperature in Minneapolis – where I did all of my training – during my 8 week build-up for the Trials, was 20°. The highest temperature was 43° and the lowest was -15°. With the company of some wonderful Twin Cities Track Club teammates, a few breakdowns, and some self-love, I was able to face these frigid conditions without too much struggle – at least not as much as I’ve encountered in my previous Minnesota winter running attempts. In the end, the goal – the Olympic Trials – was a powerful motivator and perspective-shaper.

Because of the cold, snow and ice, a majority of my workouts were run on the dreadmill. No, I spelled that correctly. It’s the dreadmill: 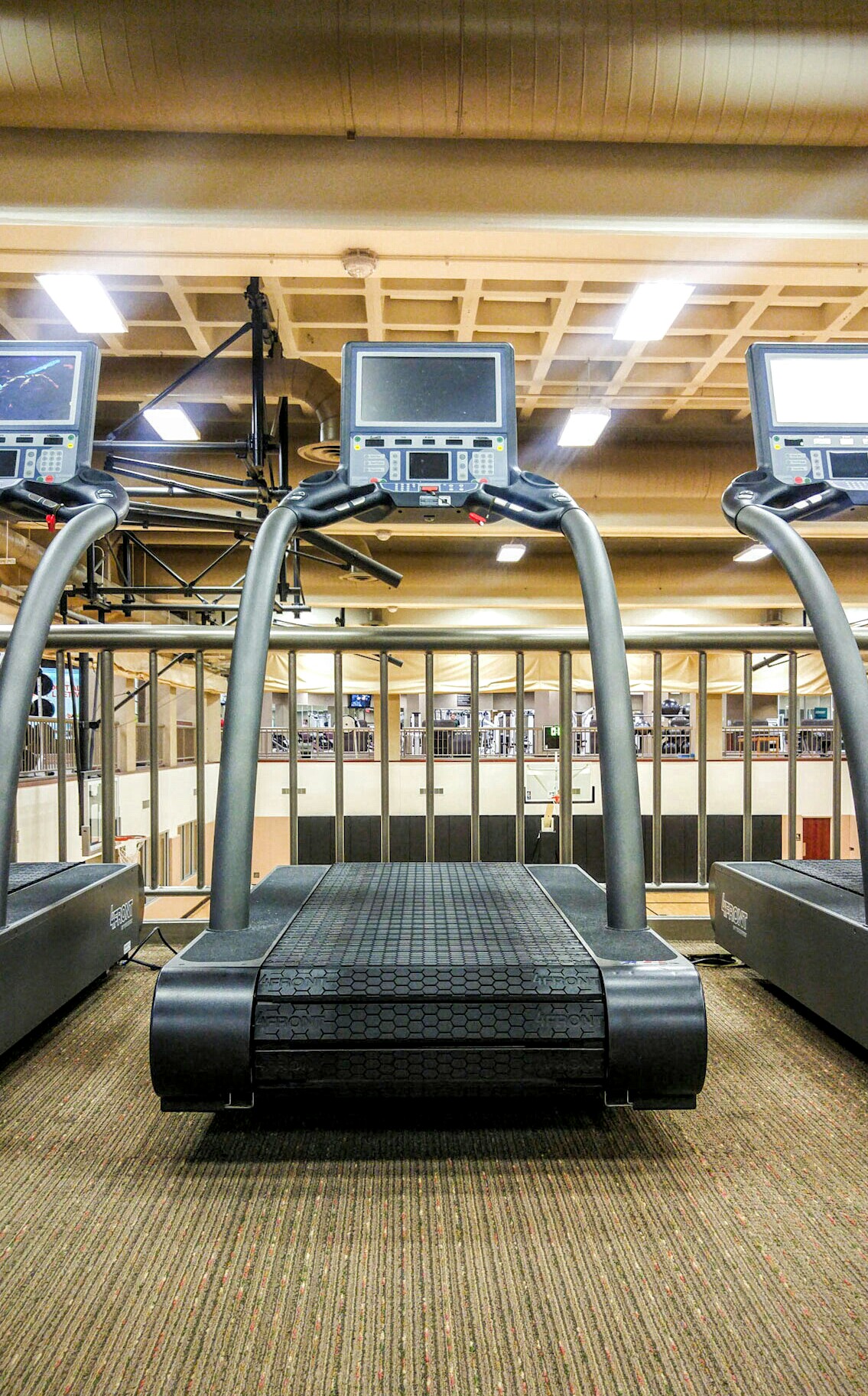 Anyone who has spent time running on a treadmill knows that its successful use is a matter of the mind. Keeping yourself calm and occupied are most of the battle. I developed a little routine during my treadmill workouts this cycle: Keeping Up with the Kardashians during the warm-up, cool-down and easy miles, and Taylor Swift’s 1989 during the fast, up-tempo parts. Whatever it takes – that’s what I told myself.

Well, it took trashy television and delicious pop music. No shame or regrets. I got it done.

The Olympic Trials build-up was also complicated by a bronchial infection. My sad asthmatic lungs put up very little fight against this cold’s mucus and inflammation. After a trip to the doctor, some drugs, a lot of hacking, a few very uncomfortable runs and about a week, I was – for the most part – good as new.

There was also a small injury scare. During an icy Monday evening run with my husband and our friend Jeff, I felt a small twinge in my right calf. It wasn’t anything big and it didn’t hamper my stride – just a small twitch that dissipated after a few seconds. It happened 3-4 times throughout the run. When I got home my calf felt tight. I rolled it out, stretched it and iced it. Then, I freaked out. I’M NOT GOING TO BE ABLE TO RUN THE OLYMPIC TRIALS!!!

Was I being rational? No. But at that moment, the weight of all the possibilities of how bad it could be, was just too much. In the end, I took a day off of running, did a pool workout, saw my chiropractor/ART (Active Release Technique) practitioner and was back to training within a couple days. Maybe I overreacted, but it was better to be cautious than risk real injury. That’s what I told myself, at least. 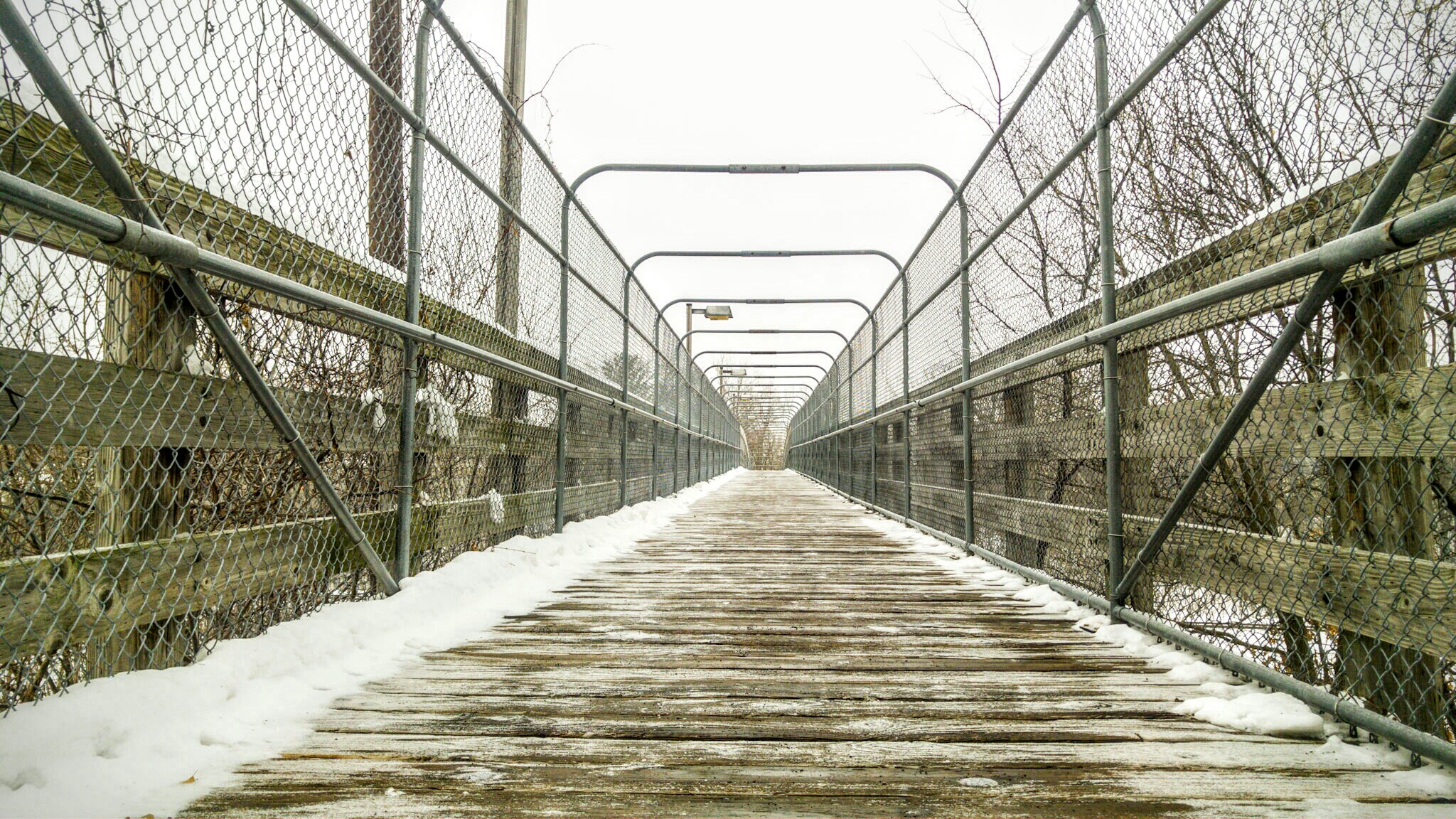 For all of the frustrations, complications and freak-outs there were plenty of good, self-gratifying moments throughout this training cycle. I had friends to run with almost every day – friends that met me in the early, dark hours of the morning and gave me understanding, hope and joy. I had an encouraging coach, a supportive husband and lots of family and friends cheering me on.

The significance of this opportunity that I have to run The Olympic Trials is not lost on me. It was a struggle to get all the training and work in, but I know that it’s a struggle many others would gladly undertake for a chance to be on that starting line on Saturday. In the end, I’m grateful for the struggle. It was and will be worth it.

This cycle taught me to trust my training, be patient, roll with the punches and stay calm. I don’t have a good, comprehensive read on my current fitness and there have been hiccups, but all I can do on Saturday is run and try and savor the opportunity. I’ll aim to run smart and hard, and with joy and some gratitude.