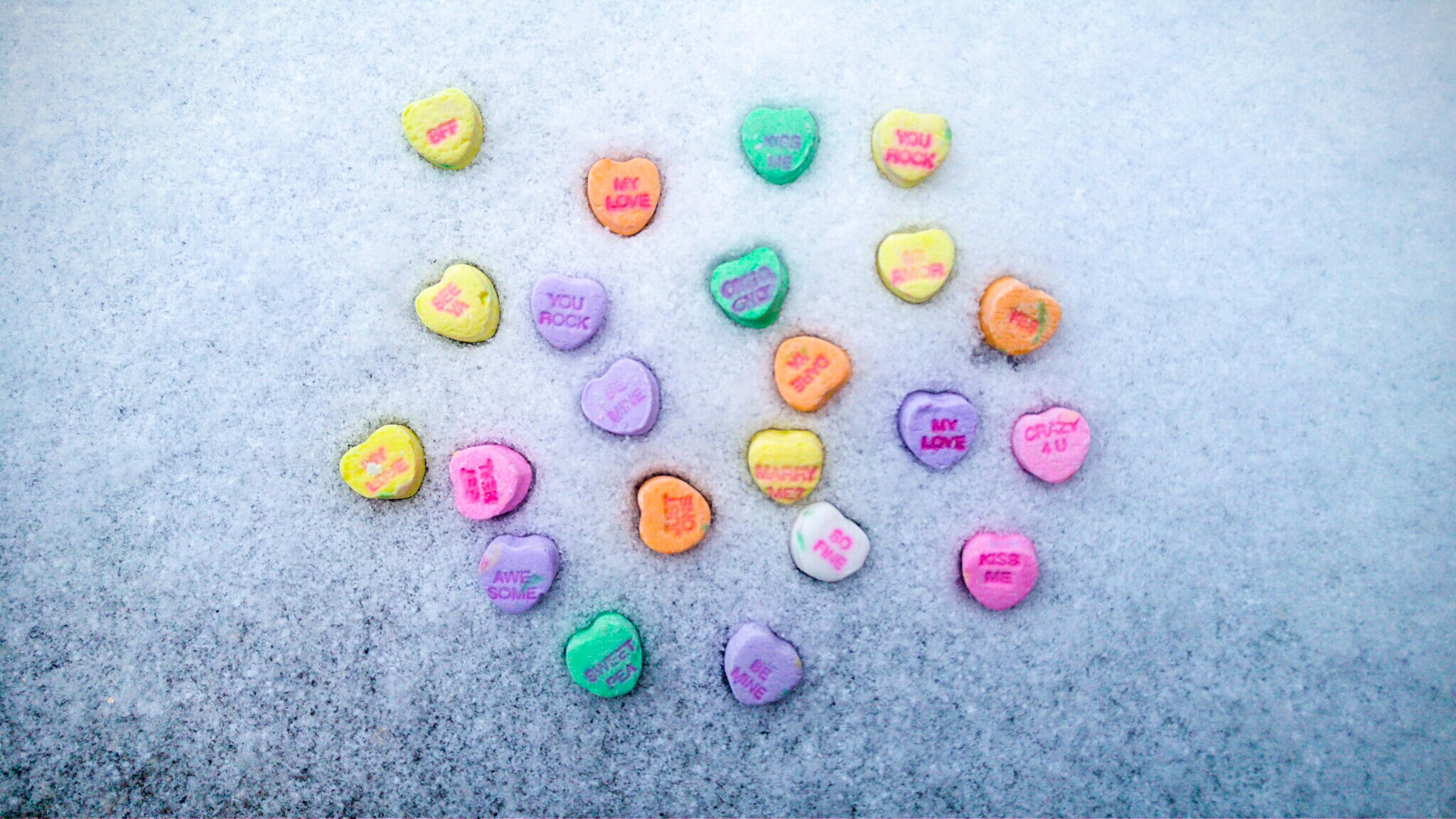 I like candy. My affection for it is quite enormous. My capacity for consuming candy is – as far as I know – limitless.

When I say that I like candy, I mean that I absolutely adore the most sweet, sugary, artificially-colored stuff. I can pass up chocolaty or a baked confections without a second thought. But sugar in its most-processed form?  Yes, please. All the candy.

I like to think of myself as the Lamar Odom of the running world.

*technically not a candy, but it’s sugar, so it counts.

Today I’m going to talk about the first season in my candy year: Valentine’s candy hearts. 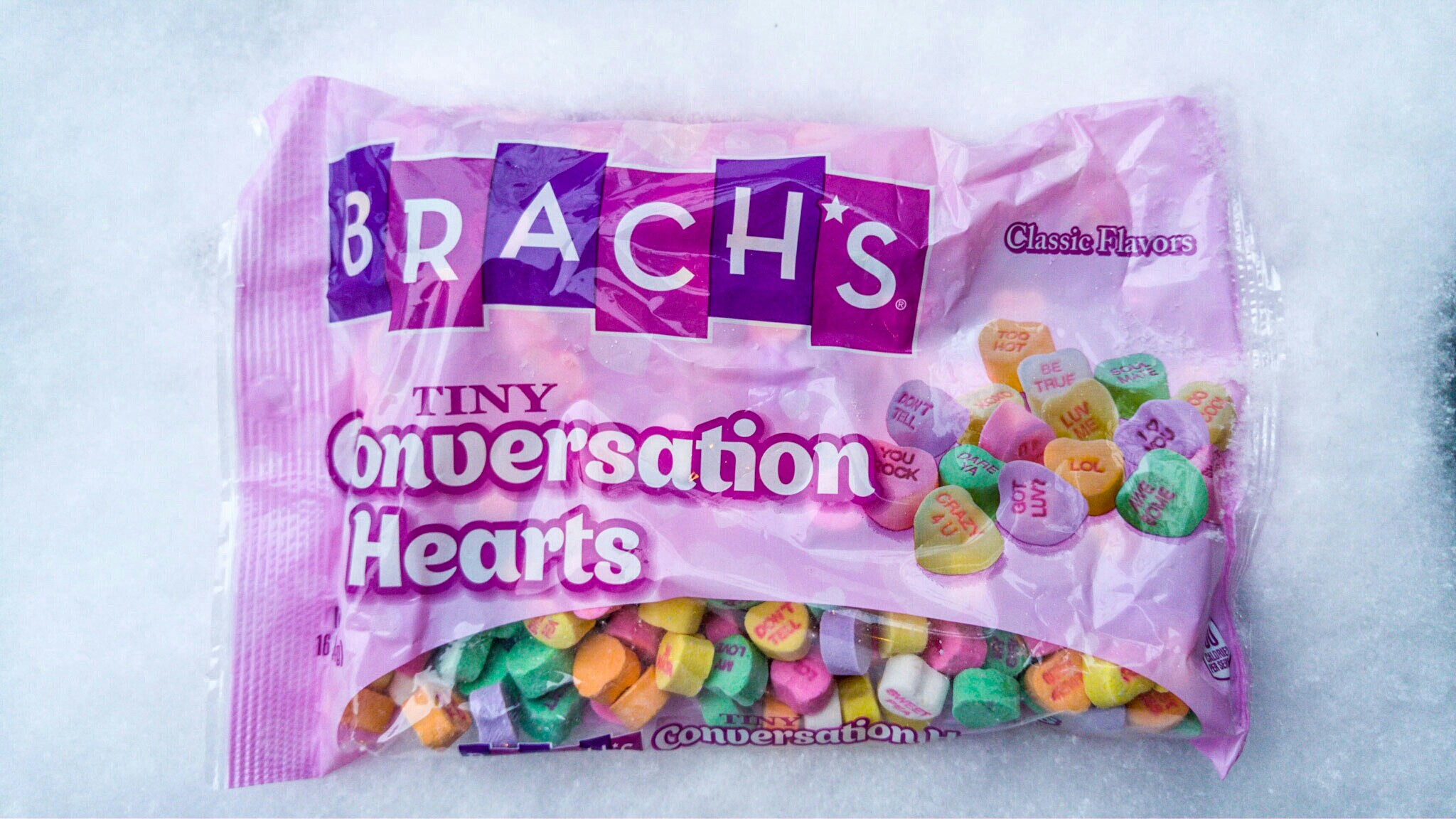 Also know as the conversation heart, this traditional Valentine’s Day sweet started in 1847 with Oliver Chase, a pharmacist and founder of the Boston-based Necco Candy Company. These candies’ concise, imprinted messages that verge on sexual harassment have been the vehicle of romance for generations. Their simple, classic design and sugar-laden goodness have firmly established conversation hearts’ spot in the candy hall of fame.

Ok, I kind of made that last part up. There really is a Candy Hall of Fame. But they induct people, not candy – which is stupid. Candy deserves all the credit. 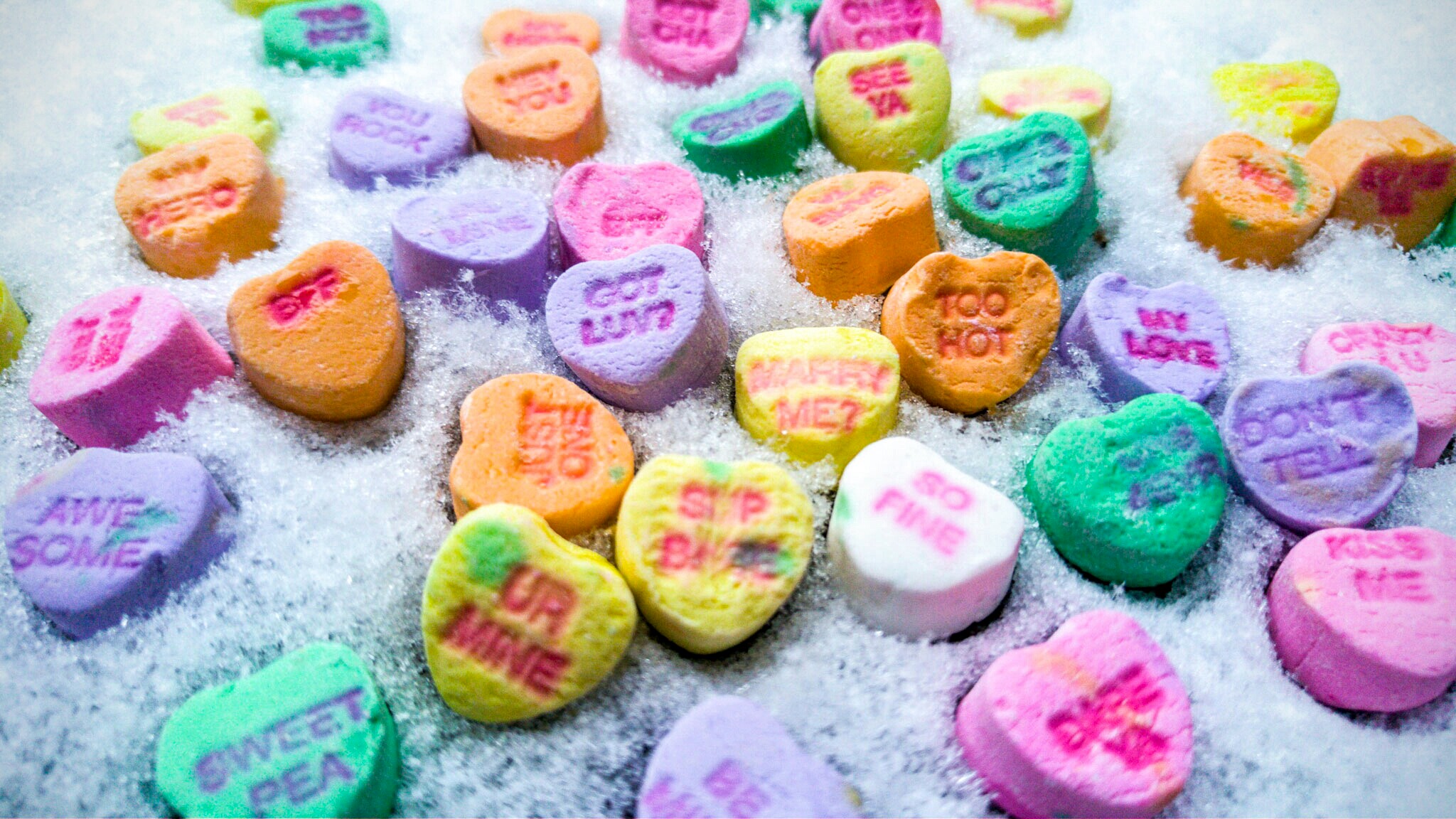 My earliest Valentine’s candy heart memory is from elementary school. In second grade I spent hours carefully selecting individual conversation hearts with specific messages to appropriately accompany each of my classmates’ Valentine’s Day cards. Seven-year-old Lisa would have never forgiven herself for the lost opportunity if her secret crush opened his Lion King Valentine to discover a conversation heart that read “Best Friend” instead of “Love You.” The message matters. He would have noticed.  Mind the hearts. 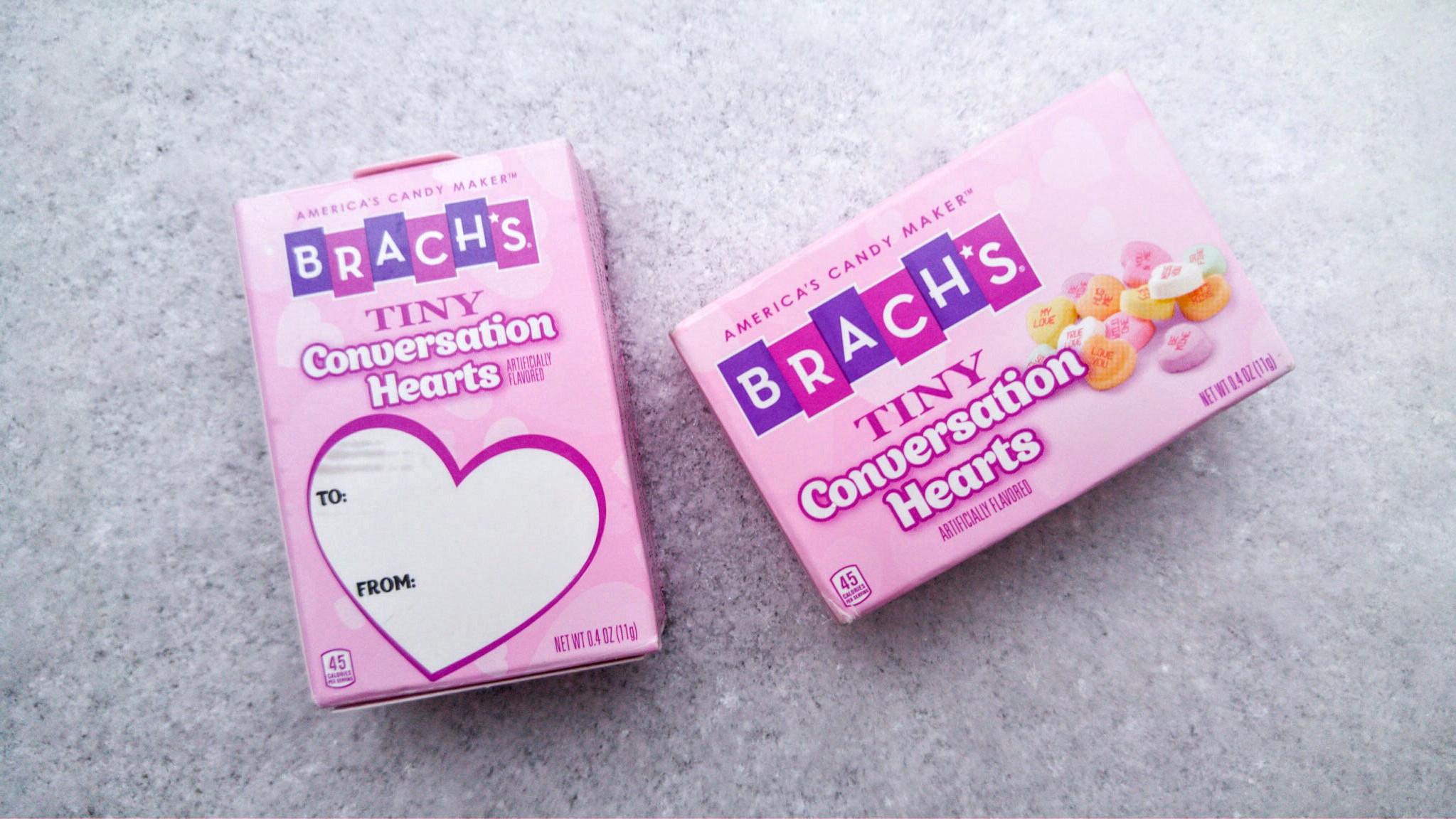 Given my vast and perpetual research in the area of sugar-based goods, I can decisively say that the best Valentine’s candy hearts are the Brach’s brand “Tiny Conversation Hearts.”

Although we owe them much for the conception of this iconic confection, the original Necco brand “Sweethearts” are extremely hard and oddly-flavored. The standard “Sweethearts” package contains cherry, banana, wintergreen, lemon, orange and grape flavors. Who combines fruit and mint flavors?! Ick. 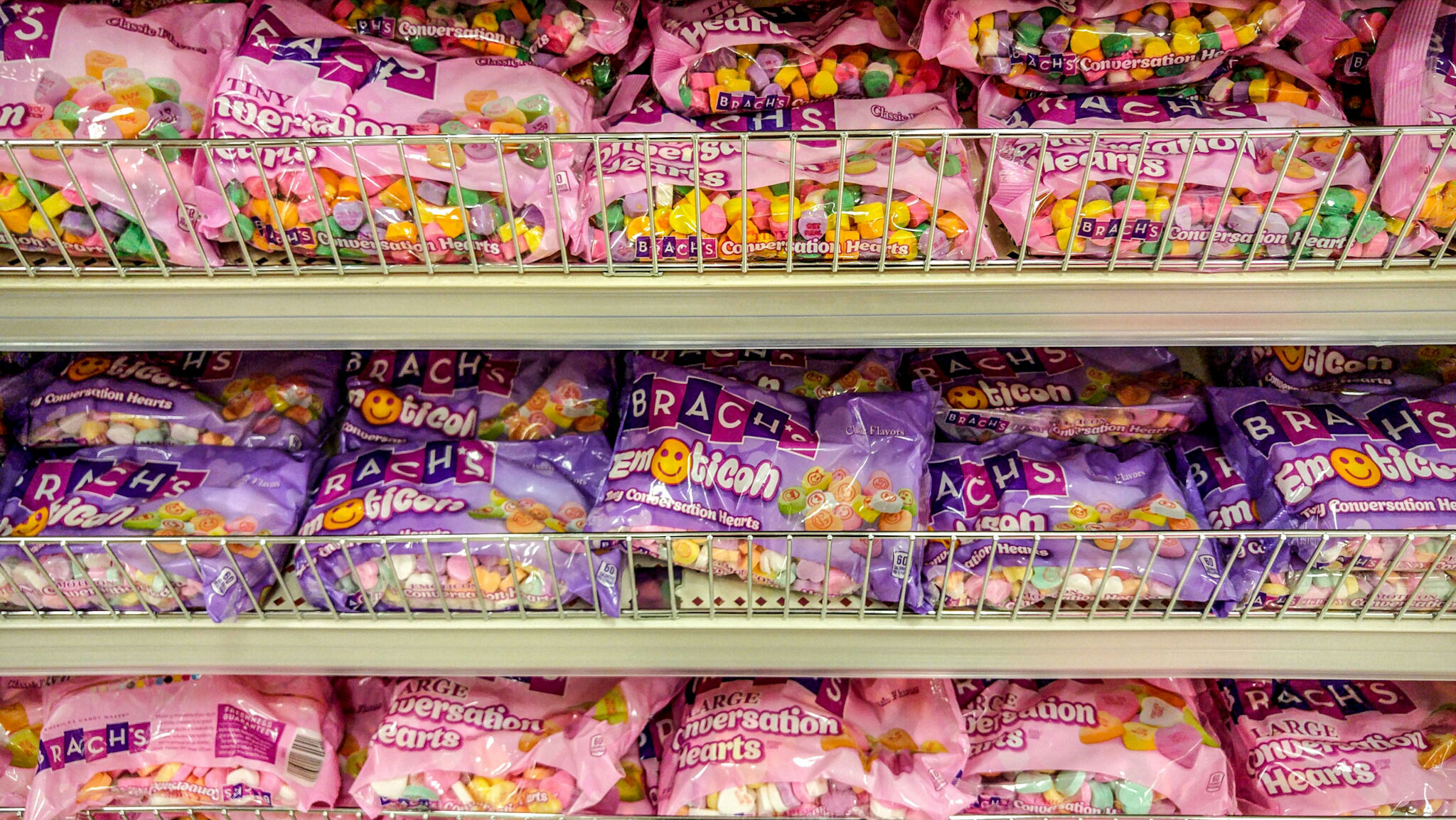 Although many alternative and new versions of the Valentine’s Day candy heart have emerged over the years – sour hearts, sweet tart hearts, gummy hearts, etc. – nothing will surpass the classic, original flavor. 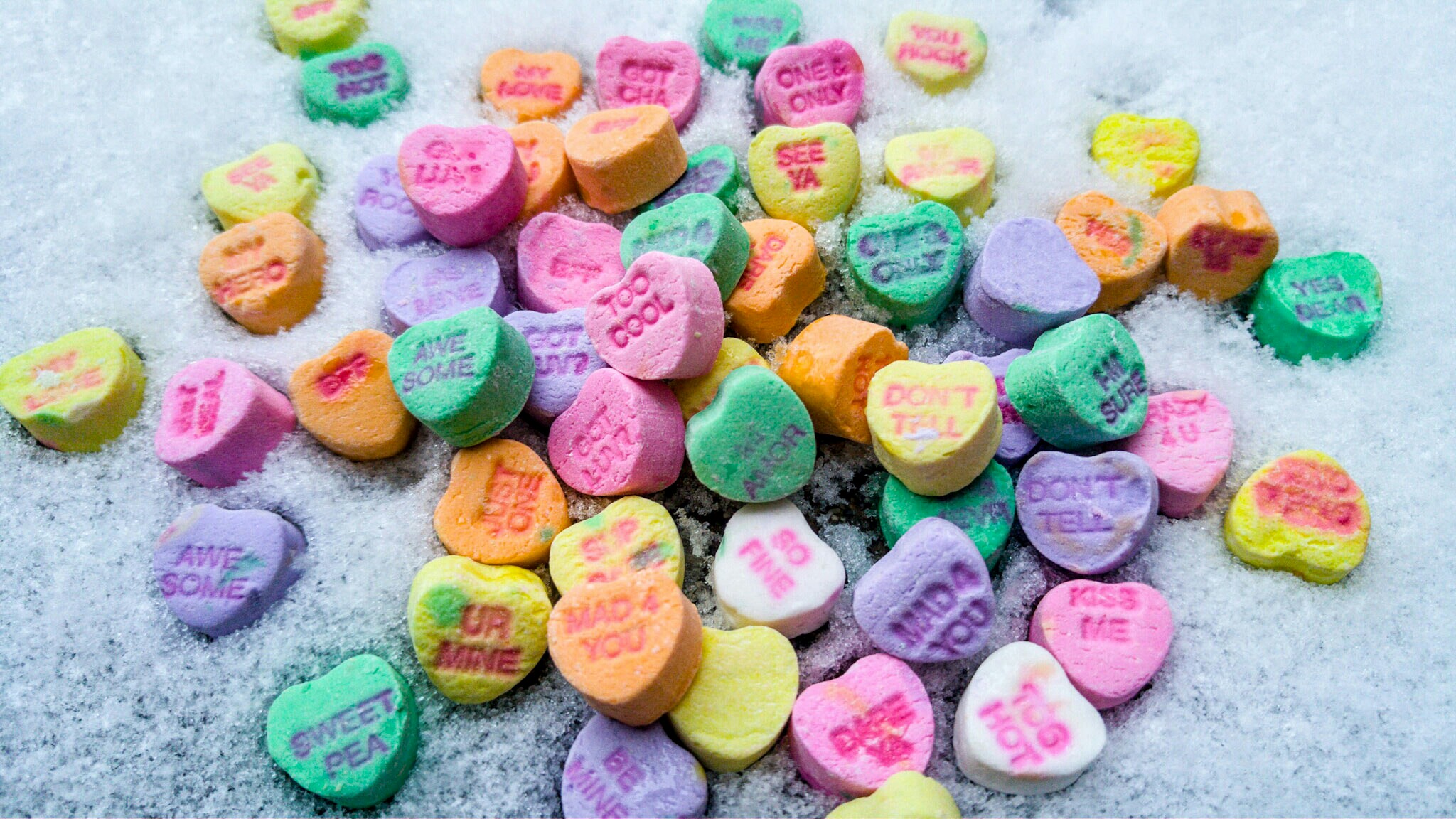 Valentine’s Day candy hearts are fun and sassy and nostalgic and cheap. They can be eaten discretely in any situation.

On the coldest and most unwelcoming winter days, I stash a handful of candy hearts in the pocket of my running jacket and reward myself with a small rush of sugar each mile.

They can be chewed quickly or left to slowly dissolve on your tongue.

Conversation hearts can and should be eaten year-round.

Are they good for you?

Diabetes is a small price to pay for happiness.*

If you reject conversation hearts, you reject love and all that Valentine’s Day stands for. 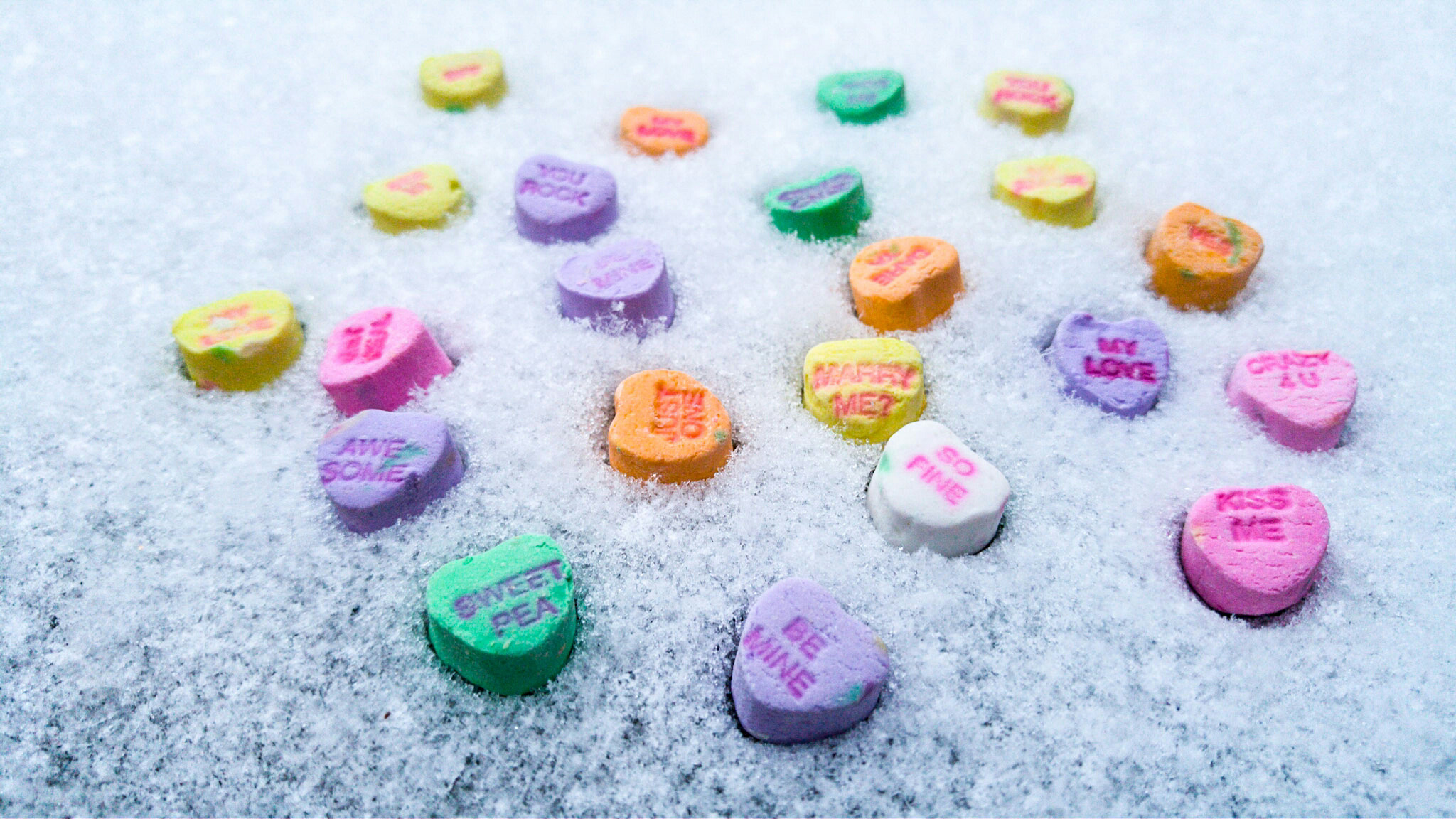 The opinions expressed in this post are my own. I was not paid for any of the content above. I believe in objective candy journalism.