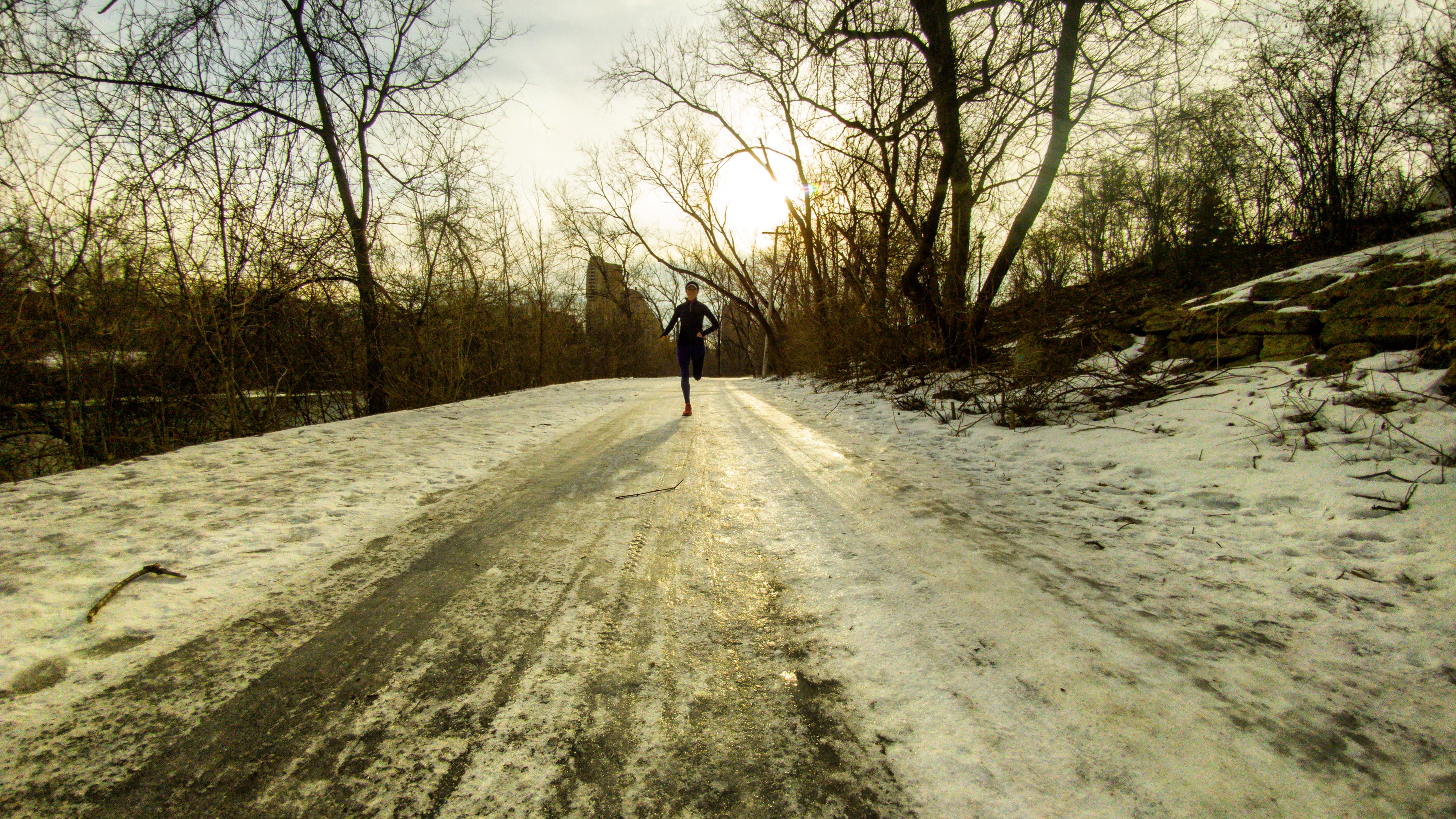 In the past few months, I’ve needed running because it is an escape – from reality, from Twitter, from my obsessions and fears. But also because running brings me back to reality – back to the hard and pounding cadence of what is, and what this day – and this day alone – requires. Running wears out any pretense of what I want to be or wish wasn’t, leaving only the heaving, sweaty, tired core of who I am, and what is.

I need running because it reminds me that I can do hard things.

Running forces me to listen to myself, to take care of myself and to treat myself with respect.

Running reminds me that I come from a long line of strong women.

Kathrine &
Grete &
Joan &
Cindy – my mother – who was among the first generation of women given the opportunity to run. When her high school track coach was reluctant to let his female athletes run more than a couple laps around the track, she returned home after practice to log miles on the country roads that veined out in all directions from her family’s Nebraska farm. At the University of Nebraska, she lettered in Track & Field and Field Hockey, the very first year women were able letter in sports.

I need running because it reminds me that women are strong – and we’re getting stronger.

Running reminds me of my limitations, and my need for the love and support and friendship of others.

Running shows me the necessity of listening to, loving and supporting others.

Running helps me understand that I matter; my body matters.

I’ve needed running more than ever in the past few months because – it’s just running. It’s a privilege and a hobby whose meaning is derived from my use of it, the value which I give it. Running matters and it doesn’t – and it’s beautiful because of that. Running stands in stark contrast to those things which really are a matter of life and death, of a better, more equitable future for all.

I need running now more than ever because it grounds me, and it prepares me to live and work honestly and courageously in the world outside the running path.