Winter Storm Kayla swept across the Midwest earlier this week and hit Nebraska hard. I know this because my Facebook feed was teeming with snow-filled pictures and remarks, posted by my friends and relatives in the Cornhusker State. There were bundled-up children inside freshly-built snow forts, backyard decks submerged under a white, frosty blanket several feet deep and comments about how long it took to scoop the driveway. Everyone was talking about how much snow there was to scoop. 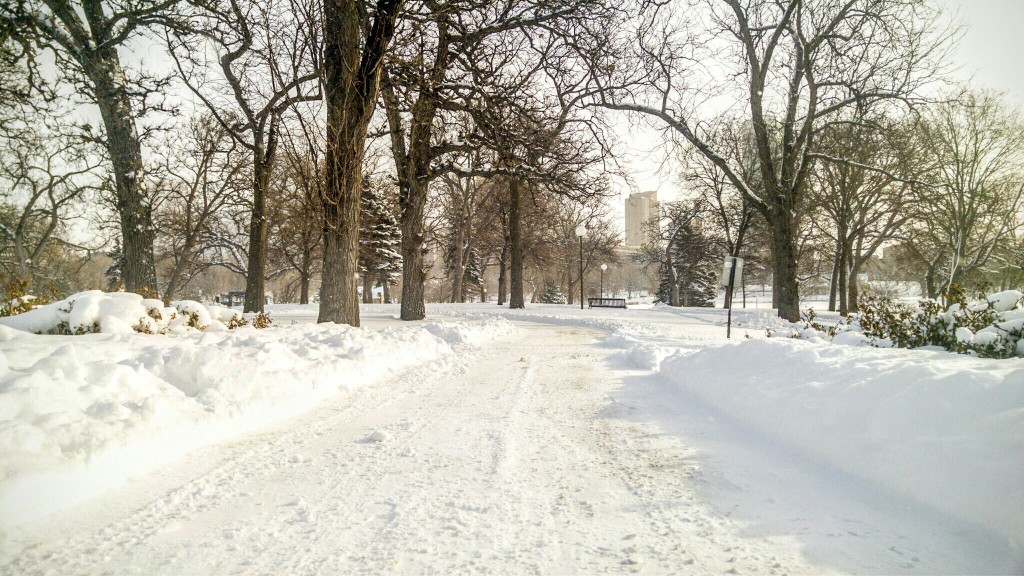 In Nebraska we scoop snow. We do not shovel snow. We scoop it.

It wasn’t until a few years ago that I discovered the verb scoop isn’t used universally to describe the action of removing snow from a driveway or sidewalk. Shovel is of course, the term of choice for nearly every other American. Shoveling snow isn’t a foreign phrase to me and my fellow Nebraskans. I don’t think twice when I hear someone employ it. My default term is simply scooping snow. That’s how it comes out of my mouth when I talk about clearing away the white, fluffy stuff.

My husband – perhaps like some of you – didn’t initially believe that scooping was a real thing.

“You made that up,” he asserted.

“It must have been something only your family said,” he argued

To shed light upon this variance of terminology and prove the validity of my claims, I’ve undertaken some light research.

A Twitter search for “scooping snow” yields – from what I can tell – tweets almost exclusively from Nebraskans. Nebraska’s major news outlets use the term scoop. It’s a real thing.

There are a few obscure places on the internet – like here and here – where the scooping/shoveling issue has been raised, but by and large this linguistic discrepancy has eluded thorough investigation.

The scoop/shovel inconsistency is not of the pop/soda variety. It isn’t oft-debated and widespread. The scoop/shovel divide is more along the lines of the water fountain/bubbler controversy. It’s quirky, confusing and limited to a small group of people.

By definition, to scoop is the action of picking something up with a scoop – which is “a deep shovel or similar implement for digging, dipping, or shoveling.” On the same token, a shovel is “a hand implement consisting of a broad scoop or a more or less hollowed out blade with a handle used to lift and throw material.” By these classifications, shoveling *probably* more accurately describes what most people do when they move and remove snow. But scooping isn’t completely categorically misguided.

Apart from the verbiage, I’ve discovered there is also much discrepancy around the naming and form of snow removal tools. A quick search of online retailers revealed the following.

This is a shovel:

This is also a shovel: 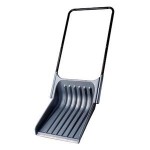 This is a scoop: 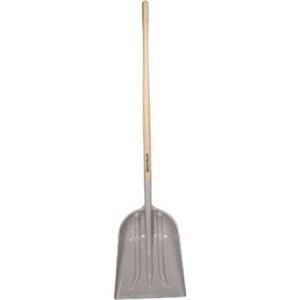 And this is a snow pusher: 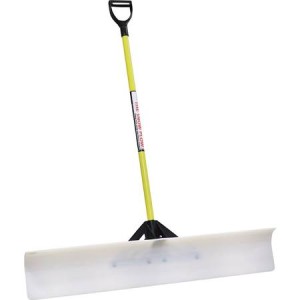 My current theory is that the term scoop derives form Nebraska’s agriculture heritage. Call me silly, but compared to shoveling, scooping feels like a heartier action and something that’s larger in scale. I imagine a tractor scooping up things. You scoop cow manure. You scoop gravel. You scoop feed corn. And in Nebraska, you scoop snow.  Nebraska is a rural state. Eighty-nine percent of the cities in Nebraska have fewer than 3,000 people. Many Nebraskans – if they don’t currently live or work on a farm – are only one or two generations removed from agricultural life. It seems reasonable that a commonly-used term from the farm – like scoop – could permeate the common parlance of everyday Nebraskans.

I also wonder if the etymology of scoop has something to do with the native languages of Nebraska’s earliest immigrants. Nebraska’s prominent ancestry groups include German, Czech and Irish. Thanks to the wonders of Google Translate and a co-worker who speaks Irish, I learned that the Irish verb to scoop is scaob – which is pronounced something like *skoob*. Scaob and scoop are awfully similar, don’t you think? Could Nebraskans’ penchant for using the term scoop be a linguistic quirk left over from the Irish immigrants who settled in the state during the 19th and early 20th centuries? I’m not a linguist and I may be completely off-base, but maybe – just maybe, I’m on to something.

I can’t conclusively say why Nebraskans scoop while the rest of the United States shovels. I do know however, that language is a fickle and interesting thing. Language is transparent and it fosters communication at the same time that it is merely metaphor for the actual things and ideas it describes.

Words create and remove power. Look no further than the current presidential election to observe the sneaky, precise and ridiculous ways that language can influence people and fashion the systems on which we build ideologies and beliefs.

Words are – in the end – what we make and use of them. I’m convinced there is no right and wrong in the scoop/shovel debate. Scooping works for Nebraskans. The rest of the U.S. can shovel, but I will forever remain a proud scooper of snow.

Do you have any insights or theories as to why Nebraskans scoop snow while the rest of the United States shovels it? Do you know of any other unique regional linguistic oddities? Tell me in the comments.